I have to admit, I am getting tired of this blogging thing but knowing that you all are enjoying it so much encourages me to keep writing. I have no idea how people write for a living. I think I will just stick to delivering babies.

Yesterday we went to a medieval castle known to the French as “la cite” and walked through it and had dinner inside. It was magnificent. Built in the 11th century and renovated by a private investor in the 70’s. It was really neat to pretend that we were French citizens living in the medieval times. I am very thankful though that civilization and technology has improved over the centuries.

We spent most of our day lounging about in the sun as we really started working on our tans. Its amazing how bright and strong the sun is here. There are rarely clouds in the sky and always a nice breeze to cool you down. I love sitting in the sun watching the trees blow but at times I do desperately wish for an ocean to cool my body down in.

It’s been long overdue for some exercise for the both of us so we decided on a late afternoon hike to work off all of the croissants we have been eating. We had no plan or directions but just started walking. Apparently we heard that there are wild boar here. Greg was a little nervous and his hearing was alert for any movements. I didn’t mind because I had no idea what a boar looked like. Now I know after seeing one on the internet and I am a little scared. I have been told they really only come out at night.

We happened upon two horses along the roadside with nothing but one string of wire separating us. They immediately walked over to us and just stared at us. If only we knew the thoughts going through their head. They were probably something like “ok, have these two Americans never seen a horse before?” or “where is the food?” After we got over the fact that neither of us have been that close to a horse since riding a pony at a birthday party when we were little, we picked some grass and fed it to them. Greg actually was bold enough to pet one. I instead decided to name my pretty white horse Jacque, in keeping with the fact we were in France. Greg named his brown horse Arnie. Very original. I admit I am a little worried when we have kids what he will want to name them. Maybe he is getting all the bad names out of the way now.

Our hike was well worth it as we wound down into the beautiful and very old village of Villebazy. Unfortunately this village doesn’t have a store, coffee shop, or police department. Just a town hall and two churches. We forgot our camera but we can tell you that we saw miles and miles of perfectly straight rows of grape vines. 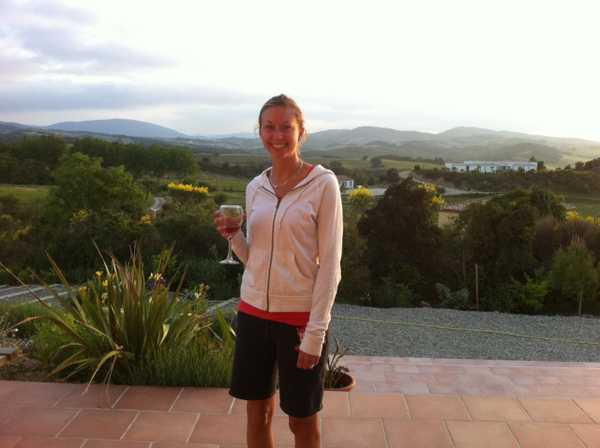 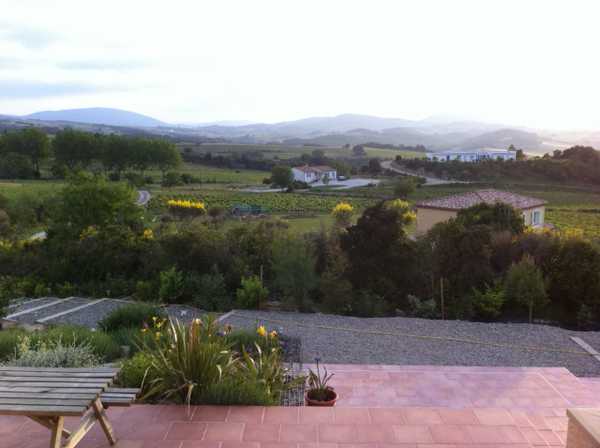 We are spending our second day in Villebazy at Neil and Sue’s house doing pretty much the same thing and enjoying every minute of it. Apparently the French are incredibly friendly here and Neil was having some tiling done on his house. Well the tileworker and his family have invited us over for dinner tonight. Greg and I are intimidated as they barely speak any English and we speak two words of French. It could be an interesting night. Neil and Sue speak French but not very quickly. I predict lots of smiles and nods from myself and a bit of wine drinking. 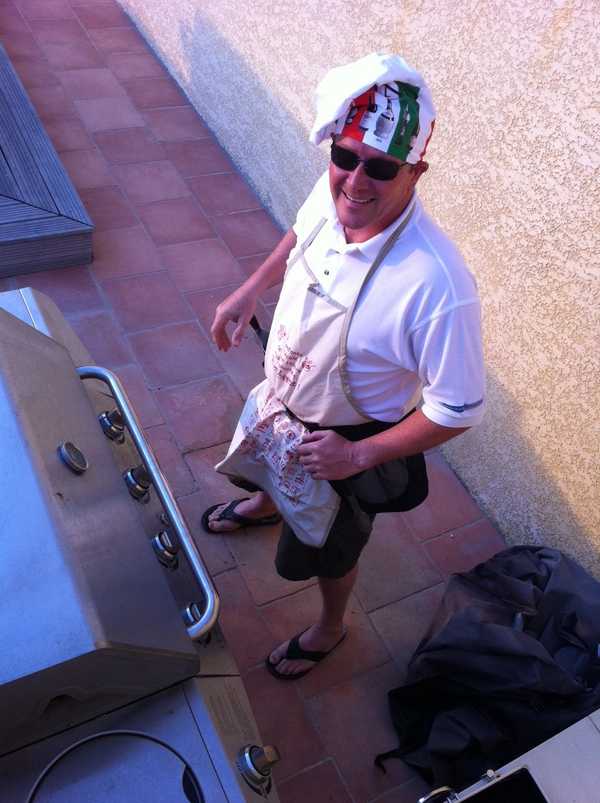 Tomorrow we are off to Spain. We had to get two new tires on Neil’s car today as we found a flat tire last night. We also finally did some laundry which we are very thankful for and are very ready to park our behinds on the beaches of Spain in front of the Mediterranean Sea and spend three nights at a gorgeous farmhouse in Sitges. I am sure you will all be closely waiting to hear about our French dinner tomorrow.